On Sunday we had club members on the field practically at the crack of dawn. Peter and Phil will deny it but they were probably in competition to get on the flying list first to bag the club’s LS4 for cross-country flying.

The forecast soaring conditions were bordering on the fantastic according to RASP but we were taking it with a pinch of salt due to the visible top-cover and previous model inaccuracy.

There were various requests for task and achievement flight attempts in club gliders including cross-country coaching. This meant checking out the club trailers for serviceability. The new K21 trailer was loaded with the club’s new K21 which is soon to enter service so we had to dig out the ‘Silver Torpedo’ for the other K21.

It took quite an effort as it had sunk into the glider park which had been saturated for so long over winter. It was found to be in generally good condition although the overrun brake was broken so Barry fashioned us a replacement part in the workshop.

On-check pilots got their check flights out of the way as early as possible to allow for their intended task flying while others took pre-solo training including local airspace training in the TMG. We also had a significant number of trial-lessons to fly which Andy D started flying in the K13 to allow GAG to be used for cross-country coaching.

Early on, it turned out Chris E was looking to do his Silver distance and Peter and Phil yielded their claim to flying the LS4 for his worthy cause.

The task flying began early. Originally planning to task out around 1300, the sky was developing quickly by mid morning. 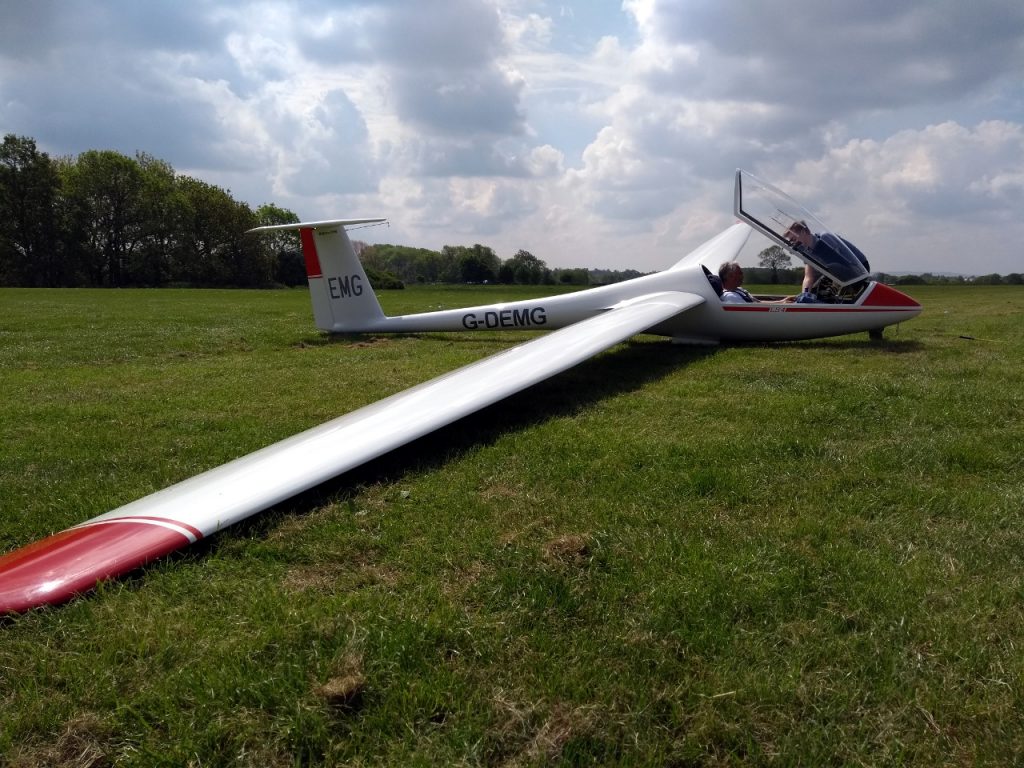 Chris moments before launching on his first solo cross-country to Bicester and back.

Junior glider pilots Dan and Emily launched in K21 G-CGAG on a 80km planned tasking SN2 > EVE > ETT > ALC > SN2. This would be Emily’s first cross-country flying experience. Dan, who is a cross country and competition pilot is used to flying a fair bit quicker than is possible in a two-seat basic trainer.

Ben E also took off in the club’s Astir G-FECO and followed GAG for part of their task, limited by his requirement to remain in gliding range until he can hold his Bronze cross-country endorsement when he turns 16.

Despite the forecast, the actual soaring conditions weren’t quite epic so only a limited number of private aircraft turned out. Neil in LS4 S5 went out on a local soaring flight to the south, Barry M brought out LS8T UG to blow out the cobwebs and CFI Steve went soaring in his LAK 19T FA.

Chris E made fairly short work of his task. He only stopped briefly to gain sufficient height to cross Stratford on Avon town on the way home. 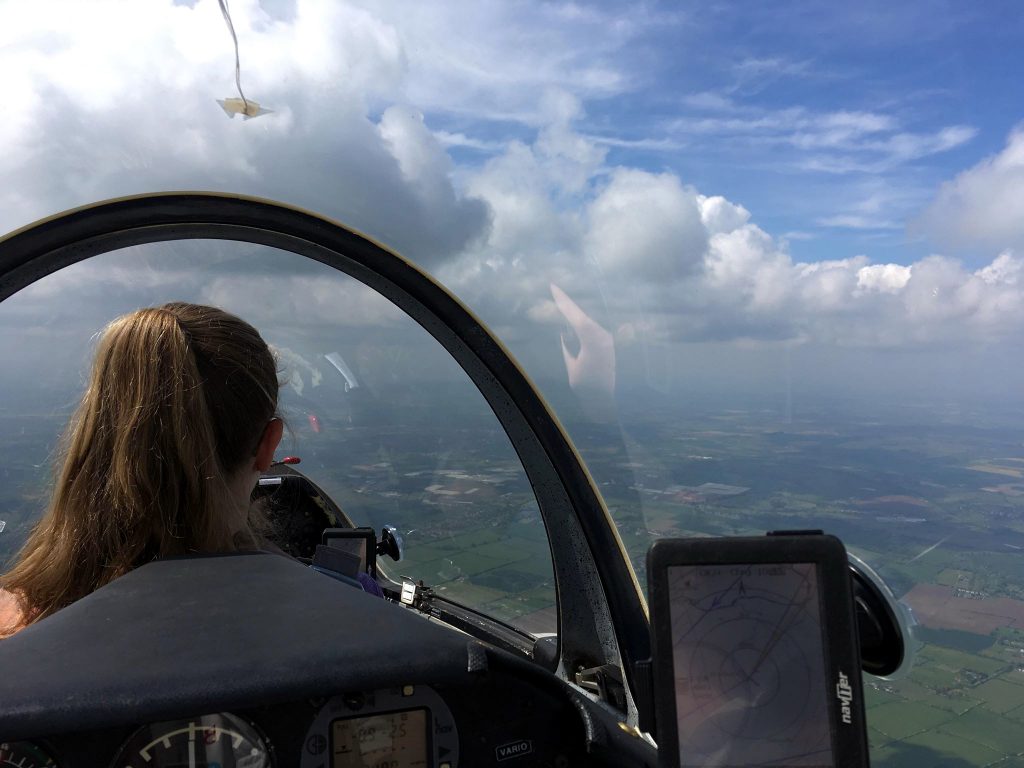 Dan and Emily returned having completed their task for a comp finish at SN2. Dan felt the task was fun but a bit laborious due to the performance limitations of the K21. Emily thought cross country flying was about the best thing ever, second only to aerobatics. 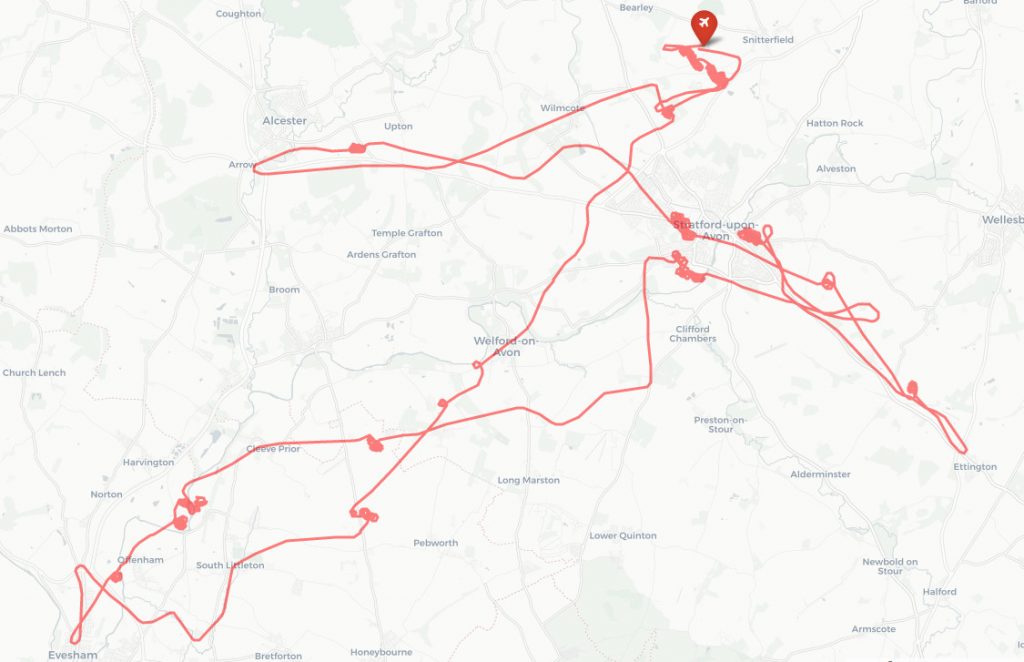 Trace from the K21 task

By this time, Ed’s 10 minute flight had turned into 2 hours and he finally returned in the Junior for a 2 hour 13 minute total meaning he now only requires another 1 hour soaring flight to complete the duration requirements of his X/C endorsement.

Next up, Emily loaded out the Junior for a 1 hour duration attempt. However, the sky was changing rapidly and although she managed a soaring flight, the sky dumped all of our gliders back on the airfield in fairly short order.

Phil C and David M who were yet to fly by mid-afternoon got in K21 G-CGAG but were advised to wait over the radio by Dan B who was now struggling to climb away over the ‘ridge’ in his syndicate LAK 19T.

Waiting out some better looking clouds, Phil and David launched towards a nice looking one which turned out to be 10km or more away when viewed from the top of the launch. After a very brief excursion out toward the sunlit ground at Edstone Hall, they returned to the airfield with their tail between their legs.

More grid-squatting ensued as Phil and David in the K21, Dan in the LAK and Emily in the Junior lined up in their aircraft for another go. A very decent looking cloud approached to the south-west so David and Phil took a dash toward it in the K21. Finding nothing but sink, they ran back for the field into a low scratch for lift near the A46.

Emily took an even more determined run at the same cloud but encountered the same conditions, having to return to the field minutes later as did Dan in the LAK. Only the K21 climbed away in a 30 feet per minute initial climb out to the sunlit east.

It was around 6pm by the time we’d finished flying and the beer garden at the Snitterfield Arms was ever so welcoming to our tired but happy pilots. 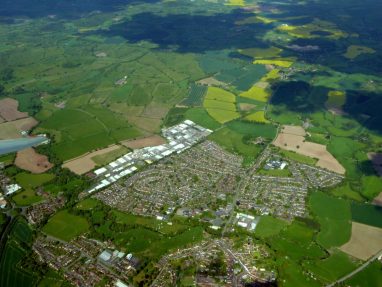 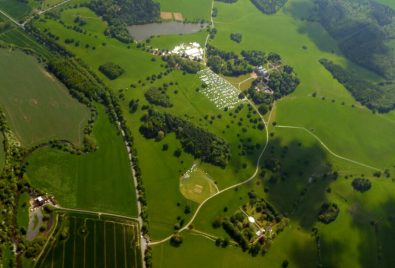 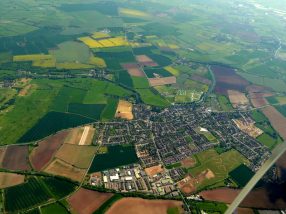 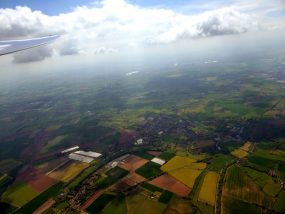