There were fewer members than usual on site on Saturday as some of the membership were on the Sutton Bank expedition in Yorkshire. Still, some enthusiastic pilots were ready to do some flying and Andy S was our duty instructor.

The morning briefing centred around the Article 239 RA(T) at Ragley Hall for the Midlands Air Festival. This restricted airspace 6 nautical miles west of the field presented a problem for cross-country task planning and local soaring. As well as this, two ‘holding areas’ were defined East and West of the RA(T) as nav-warnings for aircraft displaying at the event. The closest of these, centred on the large solar farm extended to a point as close as the Birmingham road.

With light winds, Andy set the field out with the winch at the east end so we would be coming off the wire at a point as far as possible from the nav warning area.

Just Mike C and David M decided to task. Mike planned to task south and then northeast in the LS10 and David planned club task Bicester out-and-return to stay well clear of the RA(T).

The RASP forecast was for a 5* soaring day but we were taking that with a pinch of salt on past experience and sure enough the first cumulus was very shallow with a notable haze layer aloft.

Mike launched early in the LS10 tasking SNI>OXN>NEW>MAH>CAL>SNI. David declared SN2>BIC>SN2 in the club’s SZD Junior as the LS4 was away with the club Sutton Bank expedition.

Peter C went up in the Astir to mark a thermal for David who was launching after him but unfortunately he ended up in a low scratch while David climbed to the East. Peter did however manage to get a picture of David as he came out of the SN2 start on task. 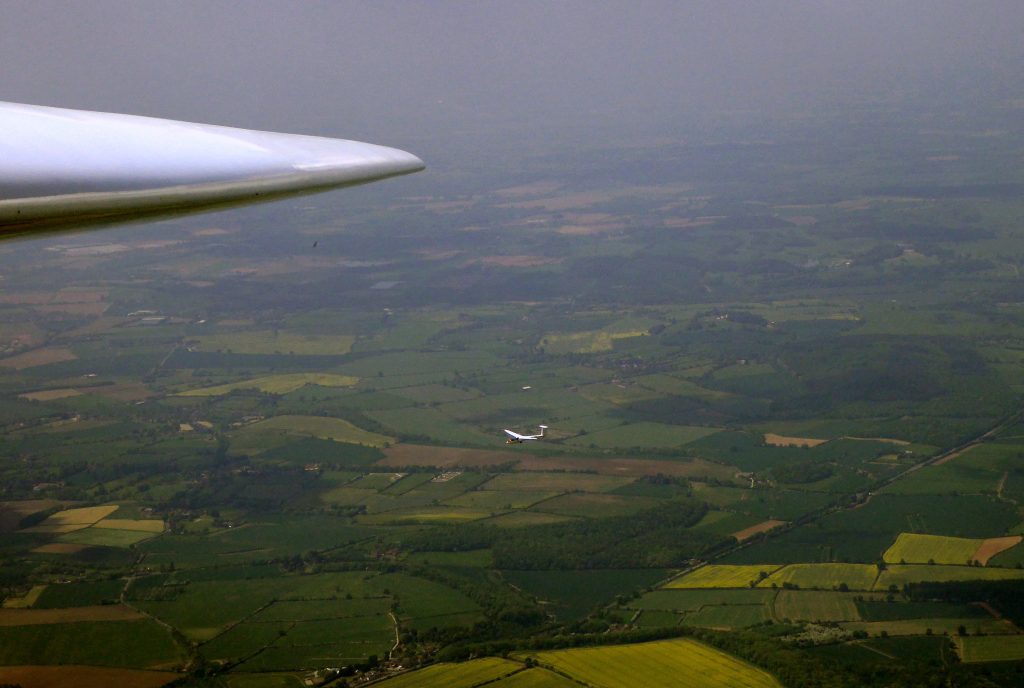 David starts his task in the Junior

By early afternoon, David was back, finishing with a 27km final glide from a point south of Shennington and 106.9km flight total. The task had been a bit tricky due to wide gaps and poor visibility in the working band.

Half way down a 27km final glide in the club's SZD Junior yesterday.Lots of height in hand but it always feels like you need it in the Junior ;-)#pilotlife #gliding #sailplanes #crosscountry

Posted by Stratford on Avon Gliding Club on Saturday, 19 May 2018 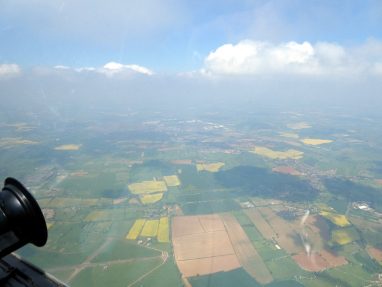 Murky in the working band

Next up with a tasking was junior glider pilot Alistair who we encouraged to try his Silver Height gain which requires a total climb of 1000m (3280′) above the lowest recorded point. Peter C kindly furnished him with a Nano barometric logger and he launched in the club’s SZD Junior.

He was back in 5 minutes having contacted nothing but sink from a relatively low launch.

Not willing to give up, Alistair launched again and this time got away.

We watched as he made a couple of solid climbs in the airspace available to us away from the Ragley Hall event, the highest being directly over the airfield at Snitterfield.

We were confident he had made the height gain but watched with anguish as he returned to circuit height after about 50 minutes. Just 10 minutes more would net him a Bronze X/C duration achievement.

Unfortunately, Alistair landed just short of the 1 hr duration goal at 55 minutes from release. This didn’t put too much of a spoiler on his flight though as he’d managed to brake his previous best soaring flight of 18 minutes by a round sum.

Official Observer Peter also verified that he’d completed his Silver Height gain by a comfortable margin meaning he now holds one of his Silver legs before completion of his Bronze C.

Mike also completed his tasking which gained him 1968 points on the BGA ladder for 346km at 79kph. 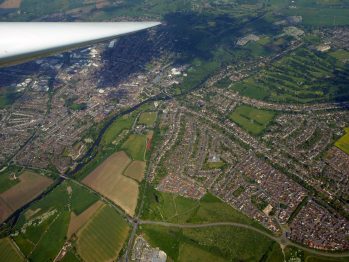 Peter looks down on Stratford

As the afternoon went on we saw several of the aircraft displaying at Ragley Hall including encountering some manoeuvring east of the holding area over Stratford. It was definitely a day for solid lookout!

A P51 Mustang gives us a wide berth as it transits out to the North East: 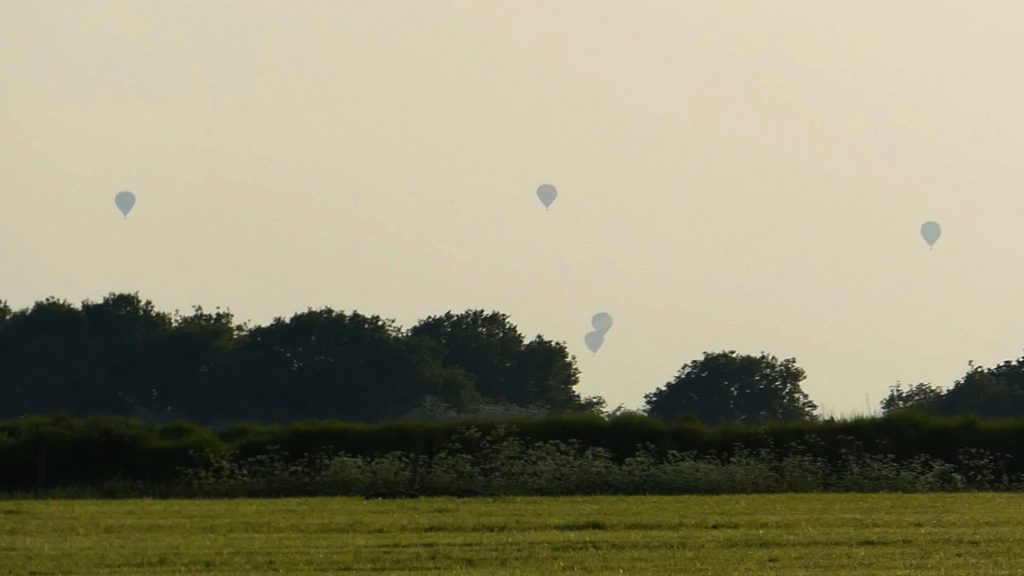