We had a great day yesterday that turned out much better than expected. We broke the record for the longest flight of the year twice and there were lots of long flights as well.

The day started well with plenty of sun and a brisk breeze from almost due west, the field was in good condition after the strong wind from the previous two days with only a couple of wet patches which were easy to miss. We started flying at 10-44am and at 10-55 Allan W. launched in the Junior and it soon became obvious it was thermic as we watched him climb away. Despite Allan’s best efforts he has still not learned to fly straight and level as he spent most of his time upside down.! Ben was keen to get away as we watched Allan climb and after a short delay we followed him and flew straight into a 4 kt. thermal which took us to 2800′ (thanks Allan). From then on it just got better and it was thermic until 15-30pm. and at least one flight got to 3900′

No rain and plenty of sun helped to make it a great day and when it did cloud over for half an hour at around 1pm Charlie’s Curry was ready and we all enjoyed that and then the sun came out again, perfect timing. Many thanks to Charlie for probably his best Curry yet.

Although it was a slow start today because of some early fog it turned out to be a brilliant day with several thermic flights. Early on it looked very promising when the light mist cleared at around 9am but 20 mins later very thick fog rolled in and stayed until around 10-30am. It then cleared very quickly and we started flying at 11am.

From then on it just got better and better with 18mins in the T21 and a couple of flights of 20 mins and then 23 min and finally an epic 34 mins which I think is the best flight of the year so far. It was warm in the sun and stayed dry all day until we finished flying at around 4pm when the canopies started misting.

A great day and well worth the wait for the fog to clear. 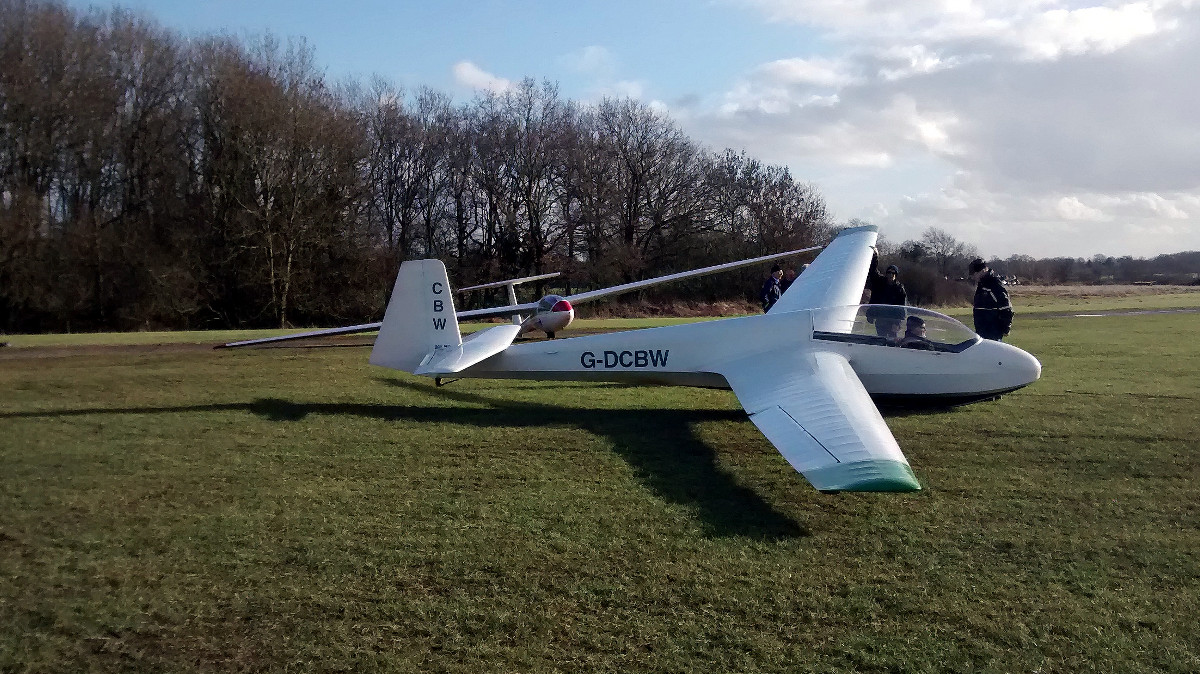 We had a great day on Wednesday for the start of the winter season, Wall to wall sunshine, dry all day and a reasonable breeze. It was just a bit soarable for an hour or so. It really felt quite warm in the afternoon sunshine.

We started off outside the clubhouse but because the wind increased a little and went a bit more north than we hoped we finally had to move over to the south stub.

This gave us better launches and meant we could land directly into wind. There was a good turnout and everyone had a good day.

John G. finally managed his second flight in the Junior after a very frustrating couple of weeks when it was in the workshop for it’s ARC.

Apologies to everyone for the lack of Doughnuts, apart from not being able to drive for the next few weeks we had the gas man booked for yesterday but the gas man was late so I was not able to get down until the middle of the afternoon. Meant to bring them for lunch, must try harder next week !!!

So to the statistics,

Longest Flight……………..17mins. Very well done to John H. in the Junior. Saved my bacon by showing it was thermic.

Well done also to Lance P. and John G. who had good flights in HSM and the Junior respectively.

Thanks also to Tony for running a great day and sending everyone home a happy bunny.

This winter, Stratford on Avon Gliding Club are offering trial Flying Lessons in our two-seat training gliders for just £35 including 28 days club membership.

You will be flown by an experienced instructor in a winch-launched glider and may be lucky enough to experience flying over the spectacular frozen vistas of the Warwickshire countryside.

This offer is available between November and February. During this period, we fly on Thursdays, Saturdays and Sundays weather permitting and often on an extra day in the week as well. To find out if we can fly with you on the day, please give us a call at about 9.00am. 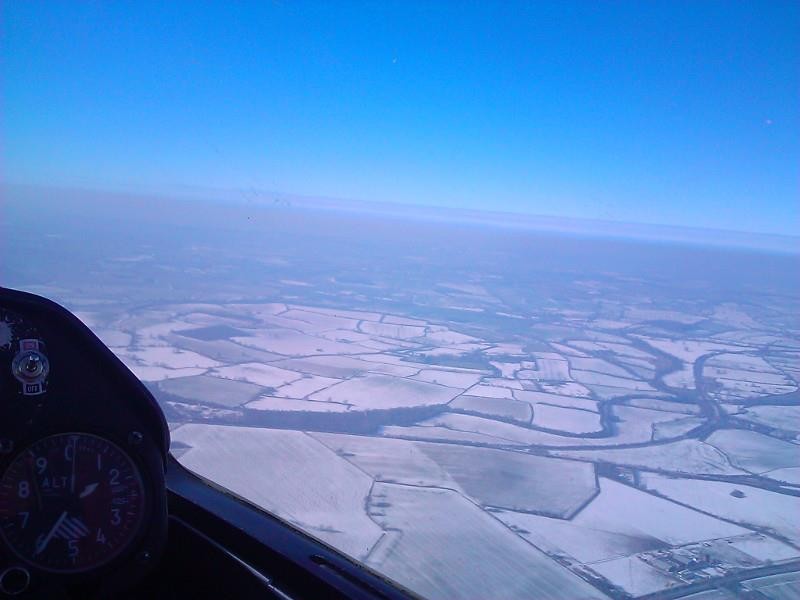 We look forward to flying with you this winter at Stratford on Avon Gliding Club.