The briefing room was unusually full for a Tuesday morning but with the RASP forecast showing 5* red over most of England you could see why. I wasn’t the only one to ‘skive’ work that day and the numbers were further bolstered by a few Juniors on their school holiday who all wanted to make the most out of great predicted soaring conditions. 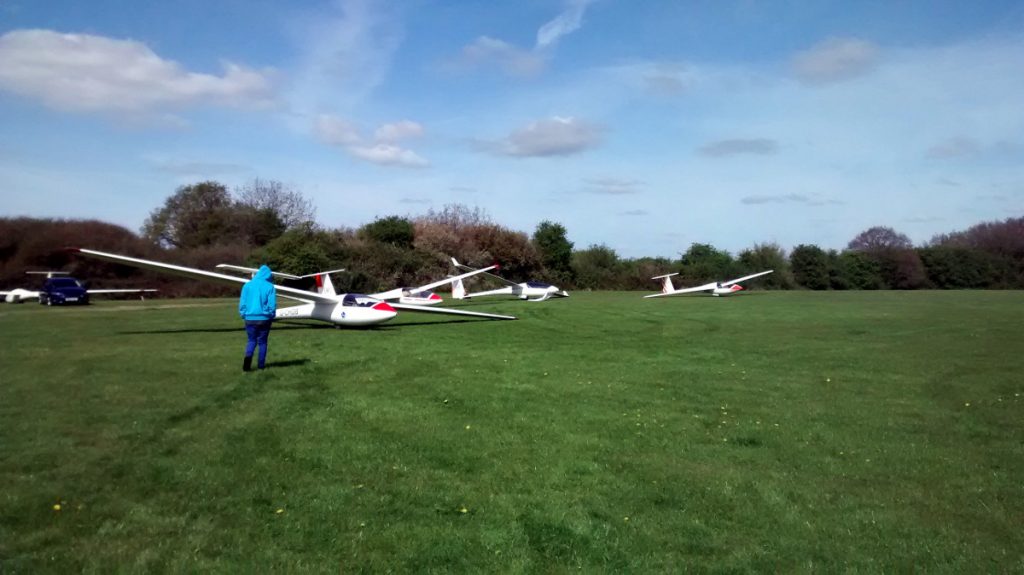 The mini-grid of single seaters before launch

Dan in his Lak and myself in the club’s LS4 got ourselves airborne around midday and after checking the conditions over Stratford we returned through the start gate and tentatively made our way to Aylesbury. Things started improving and the second leg back to Alcester was quite good helped with some very strong climbs. The third leg had a bit of dead patch in the middle around Bicester but here we bumped into Dave in the Astir who kindly marked us a thermal. The 3 Amigos? circled over Bicester Airfield with the local boys joining us below. Once at cloud base we parted company, Dave back towards Stratford and two of us towards Thame. Just before the turnpoint we hit a stonking thermal – a much needed boost. The final leg was slow after Bicester as the sky was beginning to die and I had to scrape a final glide to get home where at times I thought I’d be paying Wellesbourne an unscheduled visit. 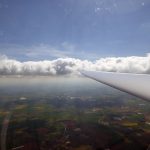 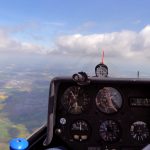 LAK19 from the LS4. The flarm contact is Dan in the LAK (just visible) 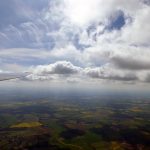 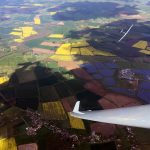 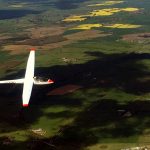 Peter in Stratford’s LS4 in the cruise. 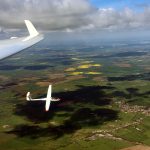 The task was meant to be a pairs training flight for the forthcoming Bidford Regionals competition however this was made quite difficult with failed batteries for 2/3’s of the flight. I’m still new to this X/C malarkey, so loads of areas to improve on before the comp.

It was great day out of the office and my first 300km.

[Editors note: Peter’s flight in the club LS4 is the first recorded 300km+ flight from Snitterfield in a club aircraft] 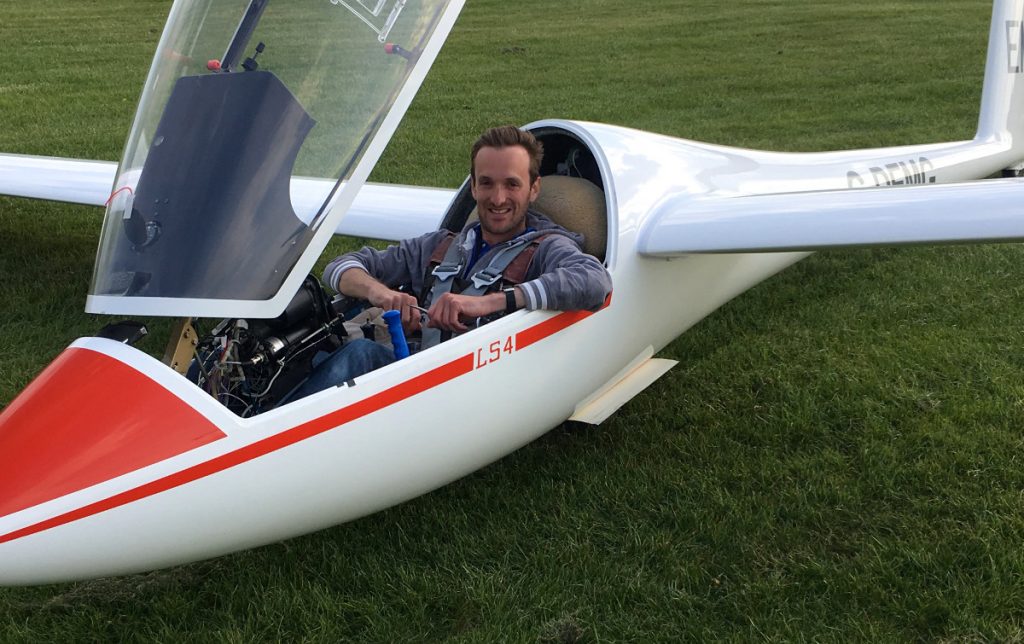 Peter looking a little tired after his first 300km flight.

Well done to our 14 year Junior Ben for completing his 2 hours in the Junior. He wasn’t that short from his Silver Height too, next time?

It was great day at the club and everyone had a good flight or two. It is just a shame we didn’t have more single and two seaters for people to enjoy longer flights.

Thank you to Alan W and Nick J who instructed all day and for making sure everyone had a good flight. With only 2 two seaters available (one is in maintenance) they were kept very busy all day. A final thanks for Dave M who graciously gave up the LS4 after having first call on it to allow me to attempt the 300km.

On a side note I have recently registered our club’s LS4’s FLARM ID with http://wiki.glidernet.org/ , this now means we can track it on Spot the glider when it is flying. If you’re interested follow this link https://tinyurl.com/SOAGC-LS4 and look for EMG to see how they’re getting on, or how they’re not getting on! (Most of our X/C privateers have registered their aircraft too so also look out for their competition ID’s such as FA, TT, UG etc.)