Monday did turn out to be the best day of the year so far. We had wall to wall sunshine and some fantastic thermals almost from the start of flying. We were a little late with the first launch but it did not matter as that showed that it was starting to work and by the third launch it really was stonking.

The cloud base was initially around 3000′ but quickly rose to 4500′ and several people were able to see how cold it was at cloudbase. We had set a limit of 40 – 45 mins on each flight and many people were able to easily achieve that time, it really was that good.

We launched from the south stub as the wind was northerly and we were getting around 1400′ on the launch, which was usually enough to find the lift. There were a few who launched at just the wrong time but those of them who took another launch straight afterwards were usually able to have a great flight. 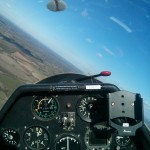 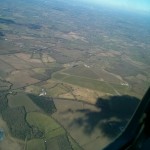 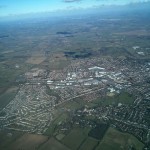 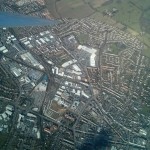 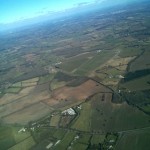 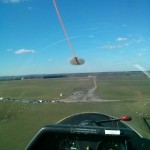 We only took the 3 two seaters to the launch point and they were kept very busy all day, many thanks to Allan and Tony who came down to help out, they were also kept busy all day.

Apologies to all for no Doughnuts but as it was such short notice I just did not have time to get them and a special thanks to John H. who arrived just after 8am to make up some new brown strops as we had none on the day before, thanks John. His real reward came as he had the best flight of the day in the K21.

Sorry to all those who could not make it as it was such short notice but it really was the best day this week (year,so far) and no matter what happens later in the week the field is going to be wet again after tomorrows rain.

Longest Flight……………………56 mins, will let you off John because of your work on the strops.