Skip to primary content
We had the best flying day of the year so far with some excellent flights. The thermals were numerous and averaged around 2 knots but certainly for a couple of hours at lunch time we had 3 – 4 knots for extended periods.
Cloudbase  varied between 2500′ and 3500′ so it was possible to look down on the lower clouds if you were at 3500′. The only downside to being at 3500′  was it was very cold after a few minutes. It was possible to fly under the cloud for some time without losing height. The sun shone from early morning until we finished at around 4pm. The canopies were just starting to mist up by then but we had all had our fill anyway. 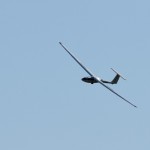 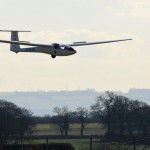 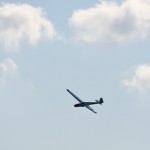 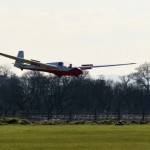 There were 3 flights of an hour or more and if you were up when it was good it was an air-brake job to get back on the ground, it really was that good!
There were lots of flights of 30 to 40 minutes as well.  We all had a great day with many thanks to Tony and Andy who made sure we got off to an early start and worked really hard keeping everyone flying right through the day.
Apologies to Cath, John x 3, James, Ken and David who all decided that the South of France or work were better than flying today! Sorry!

. But really academic as we all came back to give others a go, honest gov.

The cross-country ladder was also opened for 2016 with a pilot going round the very nearest turnpoints which have been unreachable from Snitterfield for months due to the bad weather – Ed.