With a contingent of our newest members with us today at Snitterfield as well as a visiting pilot from Talgarth, we took two K13s and the SZD Junior to the west end for flying ops. Andy B was standing in for Mike C as duty instructor. Inexplicably, the left winch cable which had proved so troublesome yesterday worked without fault today.

Launch heights were pretty good despite the moderate wind, 1,600 feet could be expected. Off the wire, there were a couple of good soaring flights with Des T in the Junior at 31 mins and Ian W at 34 mins.

Later on, what was appearing as cloud streets for others further south was appearing for us as wide bands of spreadout with narrower gaps of sunshine in between as they passed over. Lift was weak but it gave the opportunity for members to practice short-field landings on the zero-six west end landing area. 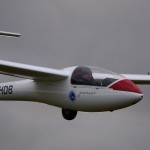 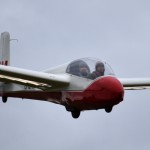 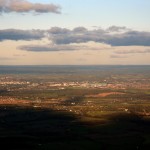 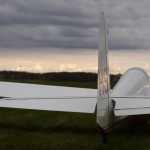 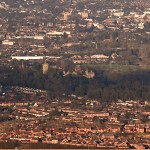 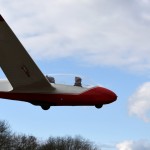 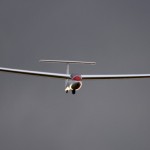 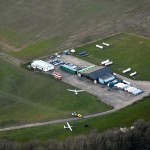 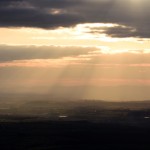 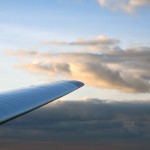 A little after 1600 as the shade of spreadout reached the field, David M climbed away in the SZD Junior for a short tour of local turnpoints. Although the spreadout looked uninviting, cloudbase was contacted at 3,300ft. Significant sink in the gloom brought him back in a hasty retreat.

Steven H converted to the SZD Junior having not added a new type to his logbook in a while.

A well staffed launchpoint meant that we were able to get around the flying list several times for a total of 32 launches.