We had a great day today with an excellent turnout and excellent weather. The field was in dense fog at 8-30am but by 9-30 it had mostly burned off leaving a blue sky with the promise of good things to come.

The wind was even better than expected being almost due west, only around 10kts but still good enough to give us some good launches. It was warm on the field all day and there was no sign of rain. By 12noon it had started to get thermic with a couple of flights of 15mins or so. Just after 1pm Dave C. launched in the Junior as we went in for a Charlie Curry, we did not see him again until after we had finished when he landed (he claimed he only came back to make sure he got some curry) after a very good 31mins. 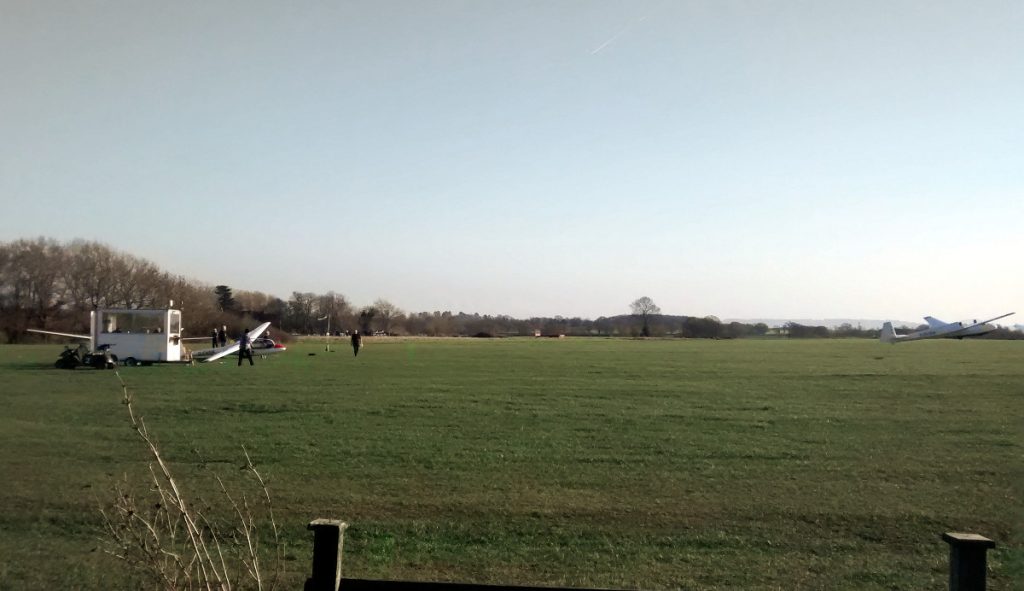 John H. not to be outdone jumped straight into the hot seat and tried his best to outdo Dave, he nearly succeeded but had to admit defeat after 30mins.

Dave J. managed to finish work early and as he was not far away came down and managed 18mins (also in the Junior) much later in the afternoon.

The field was very good and we had no problems but it was a shame we only had 2 x 2 seaters as the K21 was in the workshop for an upgrade, so there was a lot of pressure on the 2 x K13’s. We had a great day, everyone flew eventually, but apologies to those who had to wait a long time for a flight.

Average Flight Time…..10mins.
.
Total Flight Time………….5 hrs. 20min. This is just for the Gliders, I have extracted the Falke time.

And finally just to remind everyone we start two day a week flying (Tuesday and Thursday) from week beginning 3/4/17. So only 2 more weeks of one day a week.