Tuesday’s Doughnut Day went very well with a good turn out and excellent flying conditions. It was not too cold with a gentle westerly breeze all day, plenty of sunshine and good thermals to cloud base for some. It was thermic as soon as we started flying around 11am and just got better as time went on. By 12noon we were getting to cloudbase at 2400′ . 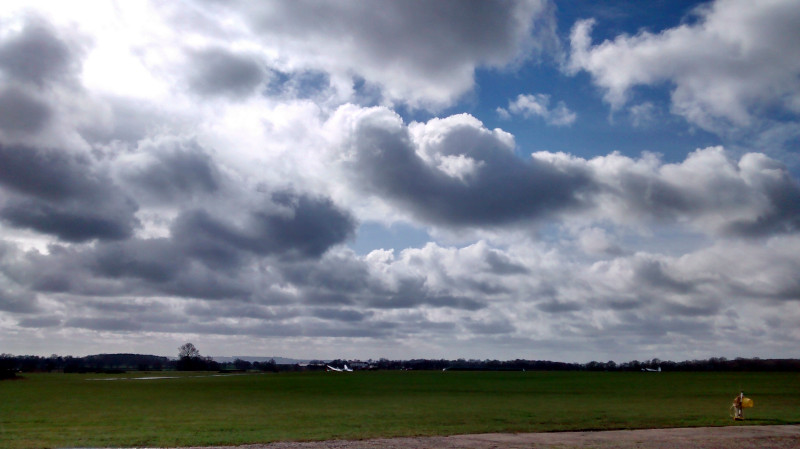 It did cloud over for an hour and a half soon after which it cut off the lift but it did clear and was thermic for the next 2 hours, it was a nice afternoon and it stayed dry all day.

We had set a maximum time for each flight of 30mins at the briefing and several people easily managed this, with several others getting close. It was a very good day and after another good day last Saturday and the previous Wednesday lets hope this is a sign of things to come.

Longest Flight……………….30mins. Well done to Neil Cr. (he has had very few flights so far and this was his second long flight.) Chris B. and Phil Pa. all managed 30mins. Allan and Rob C. also had good flights but not quite the 30mins. A certain person (often seen on the bus) gave up his turn in the K18 as he thought it would not be worth the effort, he will be pleased to know that the person who took his place had a great flight and easily managed his allotted time.