The sun certainly shines on the righteous. We had almost unbroken sunshine all day today. We were very lucky with the showers and the wind. We stayed dry all day with the showers passing to the north of us. The wind did not get as high as forecast and peaked around 1pm at about 20kts.

So all in all a really good day, everyone flew who wanted to although some did want to have more launches but with the short day, misting canopies and shock rope problems we finally called it a day at about 3-45pm. Now we know the problems we may have on similar days we will be much better prepared.

Many thanks to Allan again who as always worked really hard all day and especially to those who did retrieve on the Land Rover, after an hour you really had had enough. 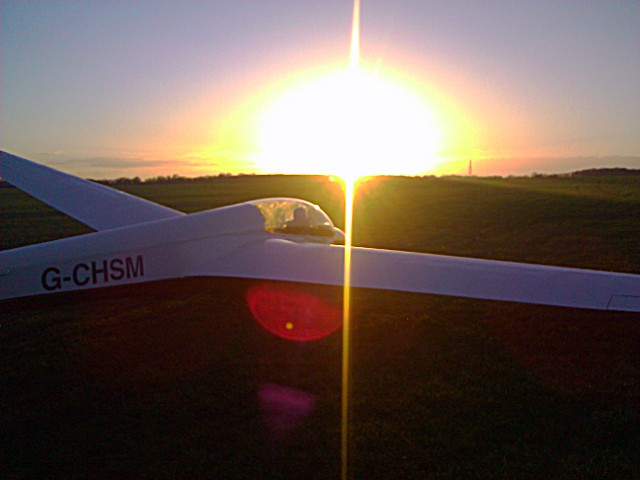 One of the last K13 launches of the day.