It may have been 4 weeks since we last had a Doughnut Day but it was well worth waiting for because today we had a fabulous day. The weather could not really have been much better with a 10kt. Westerly all day giving us consistent launches to over 1600′. The sun shone all day with only the last hour or so having a lot of cloud cover.

It turned out to be thermic with some really good flights from several members. The turnout was excellent with over 20 members present at 9am and probably 25+ an hour later.

It was a good job we had 2 instructors on hand to help Allan out, all 3 were kept busy from when we started flying at 9-45am until the finish which was not until light stopped play.

Total Time Flown, 10hr 37min. (including several cable breaks, most simulated and one not).

Best Flight of Day, 47min. Excellent flight by Humph and Pete the Meat in H.S.M.

A few other flights worthy of mention, TonyM 41min, JohnG and Allan 28mins. GaryA and Nick 31mins. JohnH 20min. MartinC 22min. and last but not least well done to KenM who had 21min. in the K18 on his first flight on type. 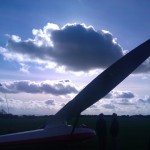 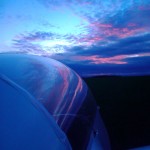 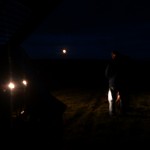 I think everyone had a brilliant day, thanks to everyone who helped to make it such a success, it really was a team effort.