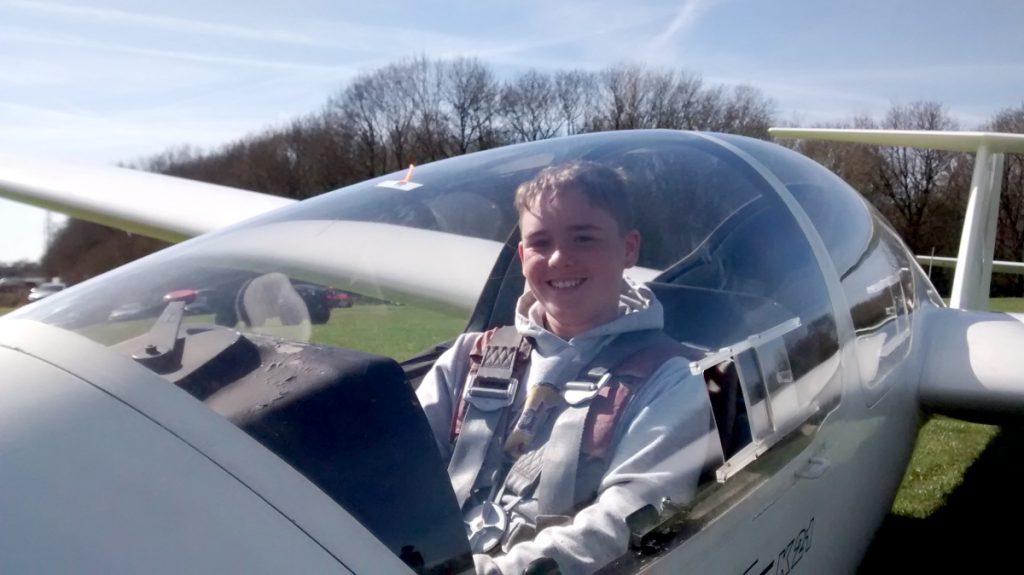 Ben about to launch in G-CGAG

Ben originally went solo in one of Stratford’s K13 gliders on his 14th birthday in October 2016 and the K21 is his first composite glider. The two-seat K21 acts as a stepping stone to Stratford Gliding Club’s all-composite single seater fleet.

Ben, one of the UK’s youngest solo pilots, had to demonstrate his flying ability and airmanship in the K21 flying with senior instructor Barry K before being cleared for his first solo on type.

Junior glider pilots are able to solo at the age of 14 under EASA regulations but must be 16 before flying solo cross-country. In the mean time, Ben will be able to work towards further single-seat type conversions and his BGA Bronze badge / LAPL(S) licence.