Sunday started out with a great forecast and nine-oktas of reality at the airfield.

There was a pretty huge turnout; one and a half pages of flying list with plenty of ab-initios. With the field set-up for flying by 0945, there was no hope of sending any body up the wire due to the lingering mist.

To pass the time, a willing group set about rigging the club’s SZD Junior single-seater which had just come back from it’s ARC. As we were rigging the Junior, a few glimmers of sunlight appeared although the local cloudbase seemed unwilling to go up.

Briefing an hour after the field was set up, still with unflyable cloudbase, we had a packed briefing room. We only just managed to find somewhere for our CFI to sit. 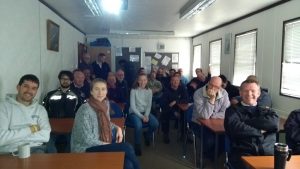 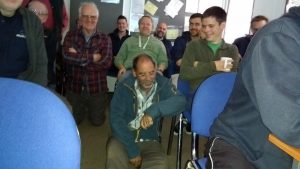 CFI gets pride of place

Post-briefing, we still had to wait for the cloudbase to lift, starting flying nearly 2 hours late. One of the first up the wire was Geoff test-flying the Junior followed by numerous training flights. Some of our solo pilots managed some local soaring in the single-seaters while both ab-initio and trial-lesson flying was carried out in the two seaters. 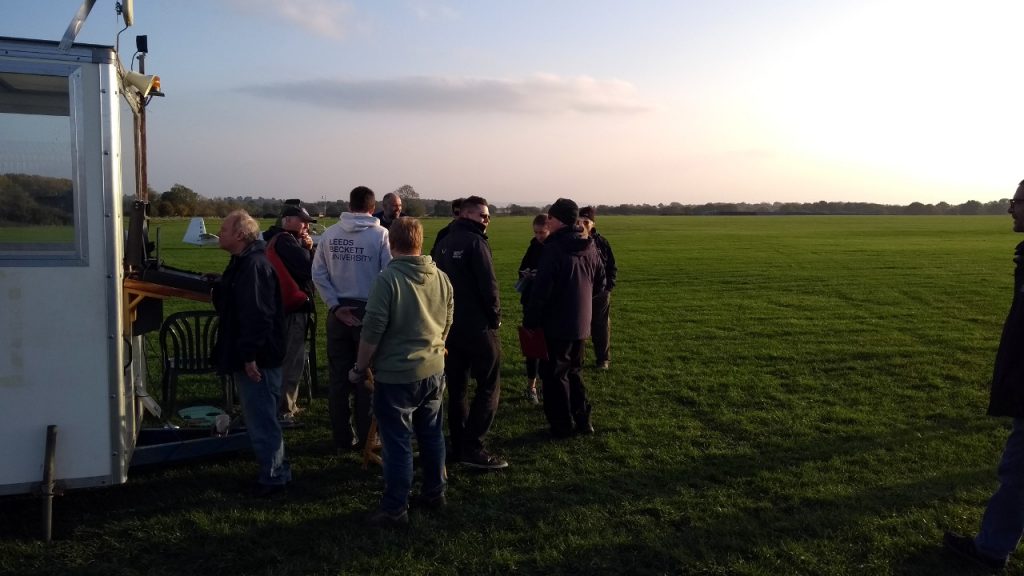 We noticed Ed getting some special attention from Barry K with simulated launch failures and sure enough, Ed was cleared for his first solo saiplane flight in K21 G-CGAG. Ed’s glider solo come one month after his daughter Emily flew her first solo at Stratford on Avon.

Into the evening, some of the solo pilots who had made way for ab-initios to fly earlier in the day doubled up in the two seaters to get their flying in under a reddening sunset caused by dust particles carried in the upper air-mass by a significant low/storm approaching Ireland. 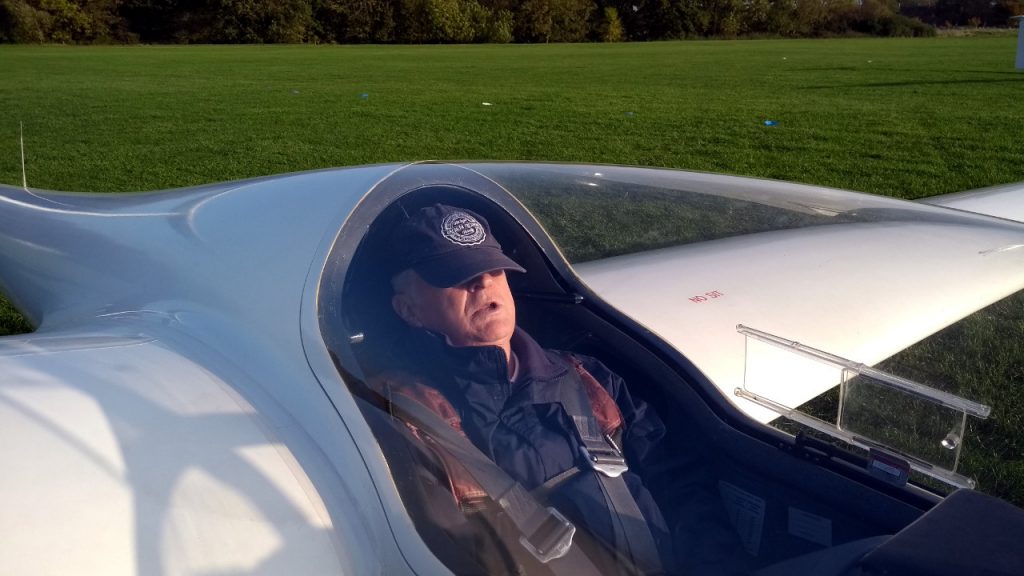 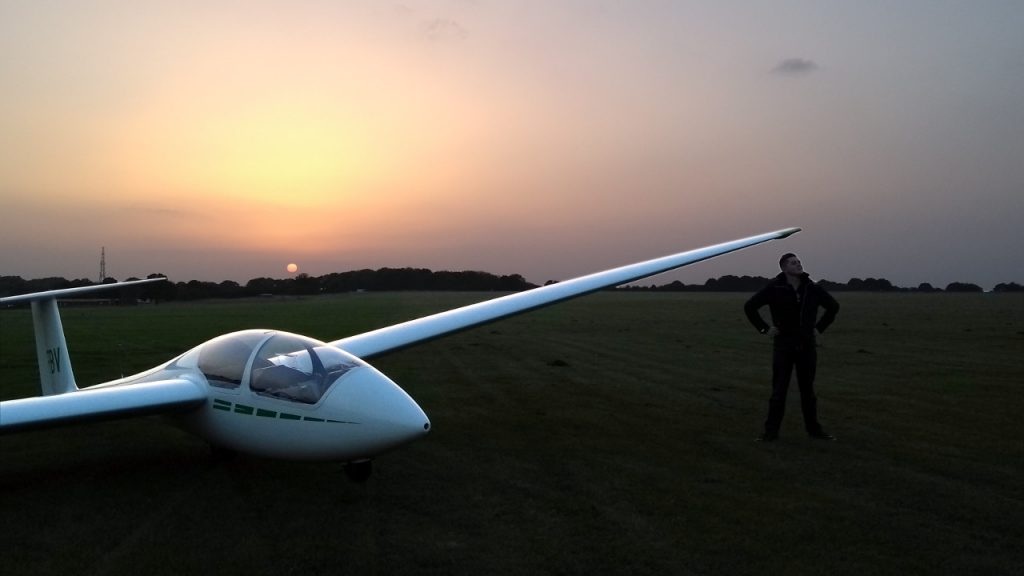 Amazingly, despite the two-hour late start, we managed to get through 54 winch launches and there was still plenty of members and enthusiasm left at the end of the day to help with the hangar packing.