Peter C completed his first 100km X/C task in Stratford’s LS4 on Sunday along with his Silver Duration and Silver Height gain achievements. He sent the following write-up:

With the first favourable forecast for many months, I dragged myself out of bed early to guarantee the LS4 as mine for the day. Phil had the same intentions but his delay of 15 mins meant he was relegated to the mighty Astir…..sorry.

Having done my 50km Silver Distance last season all I needed now was just my 5hrs and 1000m height to complete my Silver Badge so I “declared” 5hrs and with the sky already looking good at briefing, I was keen to get going.

It was “jokingly” suggested to me that taking the clubs hot ship for 5hrs of local soaring was not the done thing. Fortunately Dan and Keith came to the rescue and persuaded me to join them on a 100km task. (Snitterfield – Edge Hill/Shennington – Worcester –Snitterfield).

Dan in FA and Keith in 302 got themselves airborne and loitered around whilst I waited for my launch. Luckily I came off the wire straight into a thermal and I soon got up to nearly 4000ft and with a quick radio frequency change to 130.4 I got myself through the start line. The task was now on and we were Shennington bound.

It was great fun of the 3 us flying in formation and sharing thermals together. Flying efficiency was somewhat reduced due to us all taking photos of each other. It was more about positioning our gliders centre in frame and not centre in thermal whilst keeping lookout for other traffic! 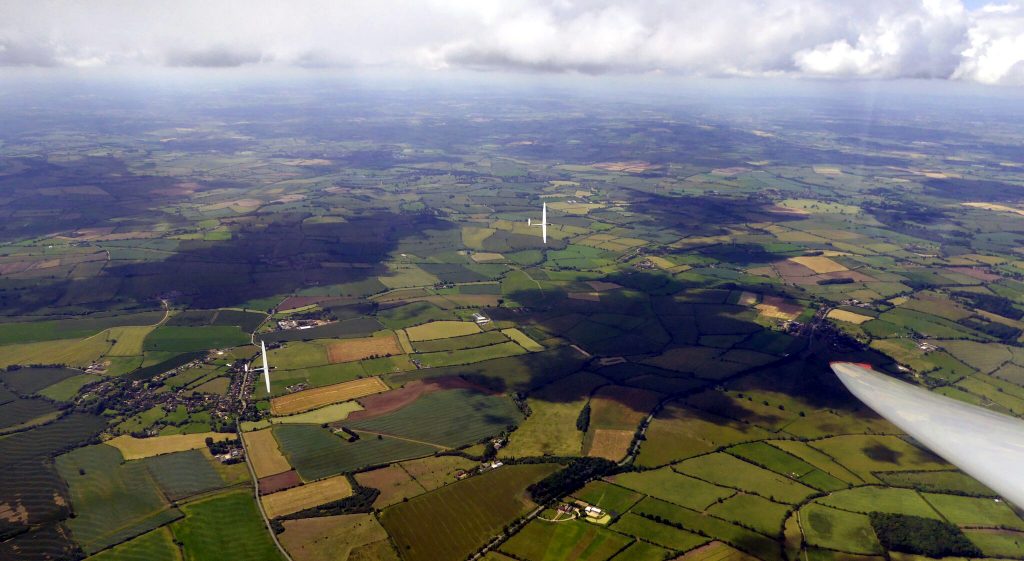 Keith in his LS8 and Dan in his LAK19

With Shennington reached we then took it in turns to lead towards Worcester. All was going well until I got cautious and I stopped to take a climb and unlike the SAS, Dan and Keith at this point left a man behind. It was then just me and my poor thermalling technique to get me to Worcester. With the sky ahead not looking great I drifted back to the sanctuary of the sky above Snitterfield. Here I floated about until I got high and confident again to crack on towards Worcester. (Keith and Dan had already completed the task at this point and were already back on the ground). 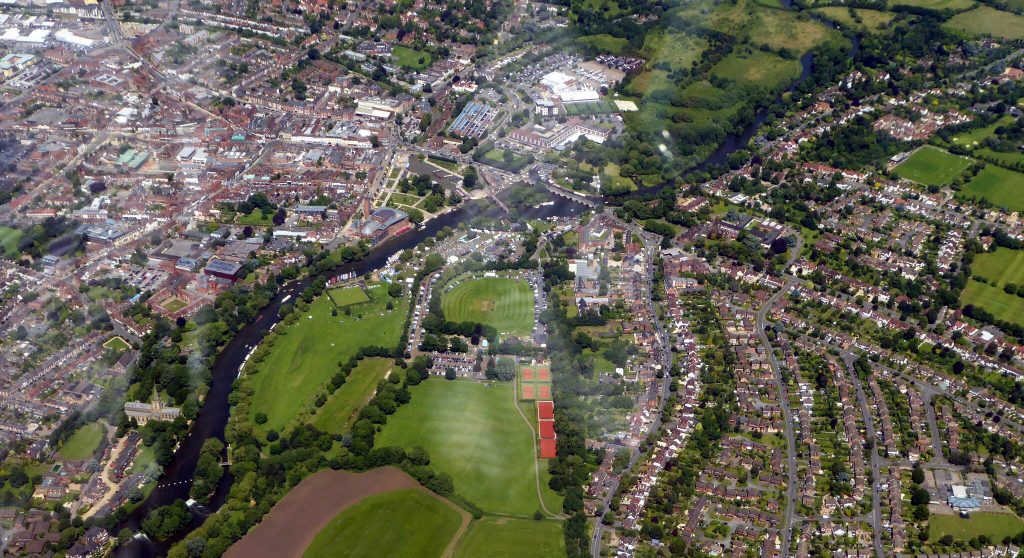 With no obvious land-out fields below I tentatively made my way to the Worcester turn point. The next issue was a gaggle of competition gliders on task from the Shennington regionals right in the area I needed to go to turn Worcester. Eventually I eased myself within the group, turned Worcester and soon got above final glide and I made my way back to Stratford with no issues. At this point I still had 1.5hrs to go and so I kept high going through the finish line and then set about staying high until the 5hrs was up. 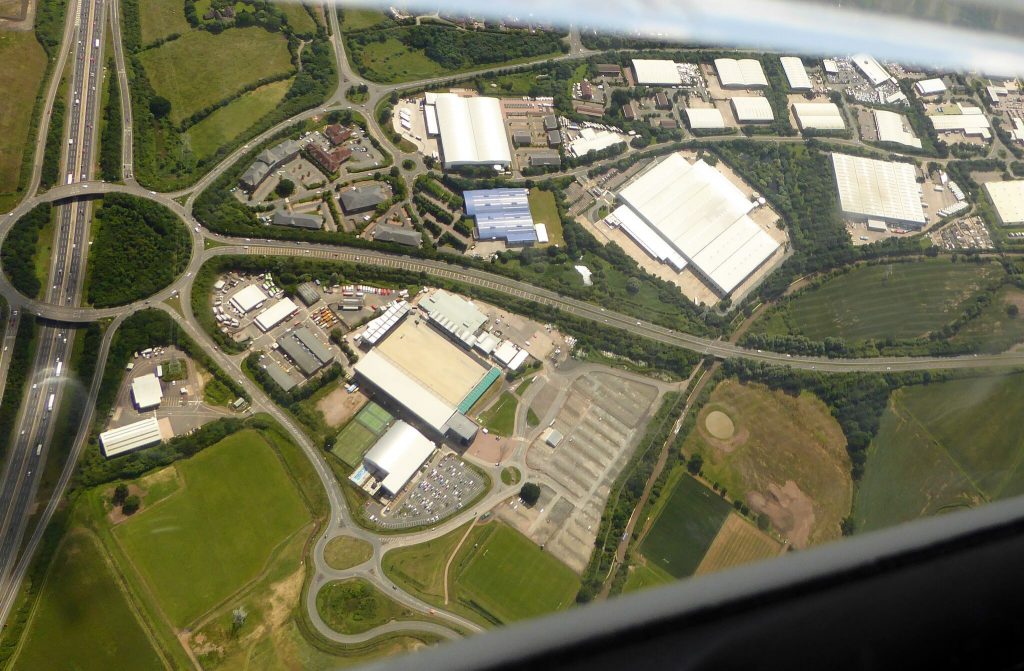 Turning WORcester over the Sixways Stadium 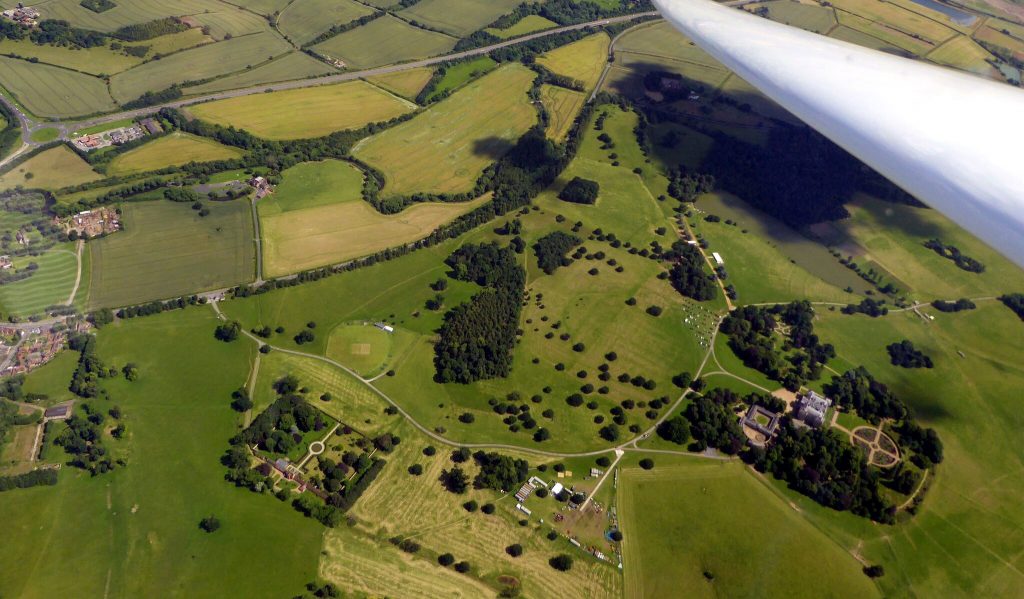 The next hour went quickly as I was enjoying climbing high, playing with the clouds, taking photos and finally getting my Silver Height. The best I got was 5750ft QNH just west of Stratford – the views were amazing. 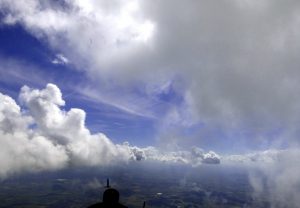 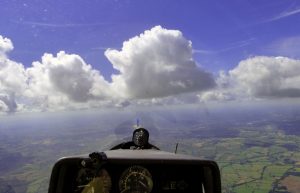 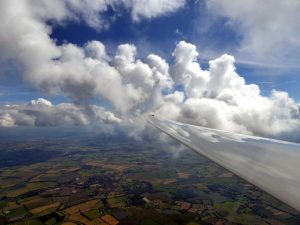 The flight time was now 4.5hrs. The next 30mins seemed to take an age to get through. I kept looking at the time and each minute dragged by so slowly. I kept saying to myself, stay high, stay high.

5hrs up and time to relax. I radioed to Snitterfield Base to confirm my time but the reply came back that I had a lot of beers to buy. I took that as the confirmation.

As the conditions were still great I went on another quick tour to Alcester to take a photo of my old house and then tried to burn up some height by flying at 135knts. My fastest speed to date – it was great covering the ground so quickly. 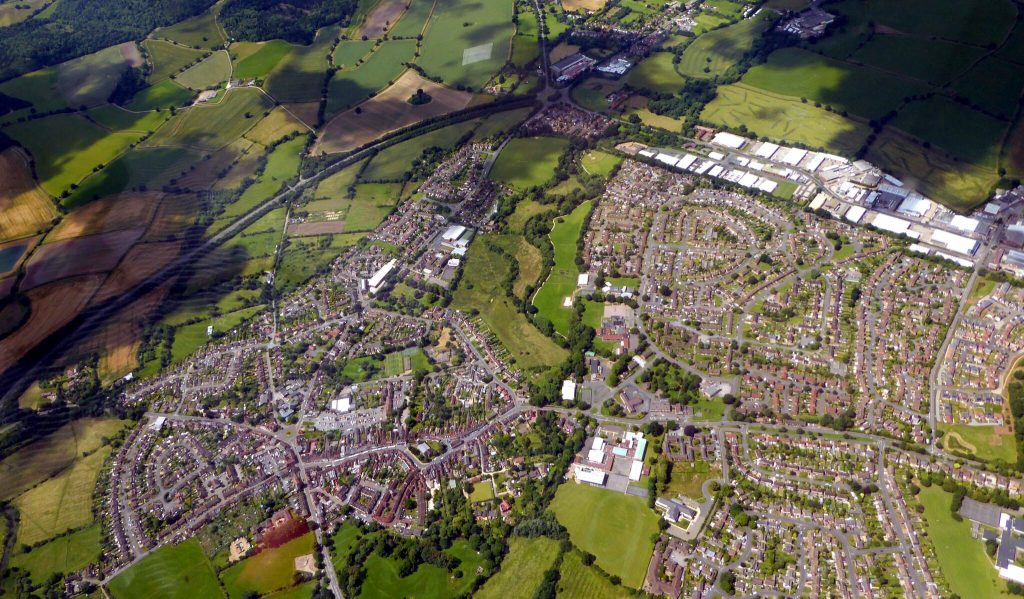 5.5hrs now up and I thought I better come down as everyone was starting to get thirsty. After using the air brakes to lose 2000ft I entered the circuit and landed on 27.

Subject to the BGA’s rubber stamp, I’ve now completed my Silver Badge, my Part 1 100km Diploma and I also now have a significantly lighter wallet (thank you Chris for organising the monster round, I owe you one!)

Thanks must go to Dan and Keith for persuading me to do the unexpected 100km and for Phil who cleaned the LS4 wings after I landed even though he didn’t get to fly it. I promise it is all yours next time and I’ll return the cleaning favour.