Today, Peter C went solo after patiently waiting for a day with suitable weather. Peter was checked-out by CFI Steve Brown with a series of simulated launch failures and handling exercises before being sent off for the first time on his own in K13 G-CHSM. 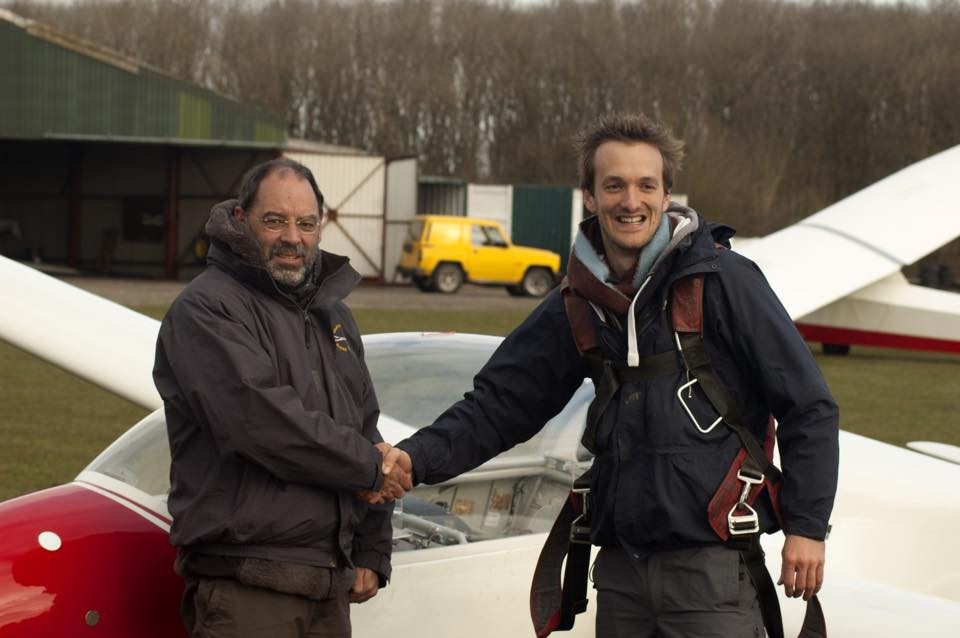 CFI Steve Brown with Peter after his first solo

Despite the shorter cross-field landing direction, Peter made a great flight and landing then flew his second solo just a few minutes later.