The NE wind made a relatively simple decision to set up down at the western end of the field. Much thanks go to those who walked the club aircraft down there. Winch launch heights were around a respectable 1,400 feet given the shorter cable run. Most pilots had little difficulty finding their first thermal and climbing away except for one Standard Cirrus pilot who set the record for the shortest flight of the day. Thankfully he climbed away after a relight. 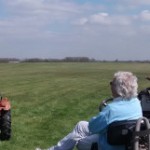 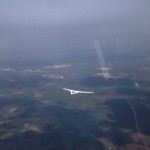 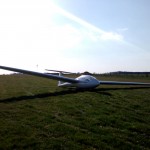 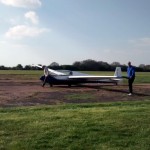 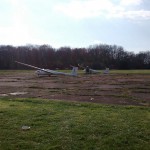 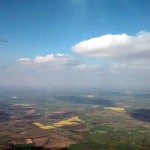 There were a number of private aircraft flown such as a Duo Discus, a couple of ASW24s, a Sport Vega, and a Cirrus. There was also a Discus B present but we’re not entirely sure who’s it is.

At one point we had an entirely empty launchpoint having launched all of the club fleet on training and solo details and all of the privateers.

Surely there will be no argument this year over who get’s the “first 300k of the year” trophy.

In terms of club-ship flying a K18 was flow around a 43km “local” task and several high and/or long K13 flights were made.

A great start to the Easter Bank-Holiday Weekend.