Yesterday Ben Edkins was sent on his first solo flight in a glider at Stratford on Avon Gliding Club on his 14th Birthday!

Ben who has been flying with us for some time was put through his paces by senior instructor Barry K, handling every simulated launch failure and situation put to him to prove his readiness.

When the moment finally came after lunch, mum and dad Sharon and Chris were watching along with Ben’s grandparents. 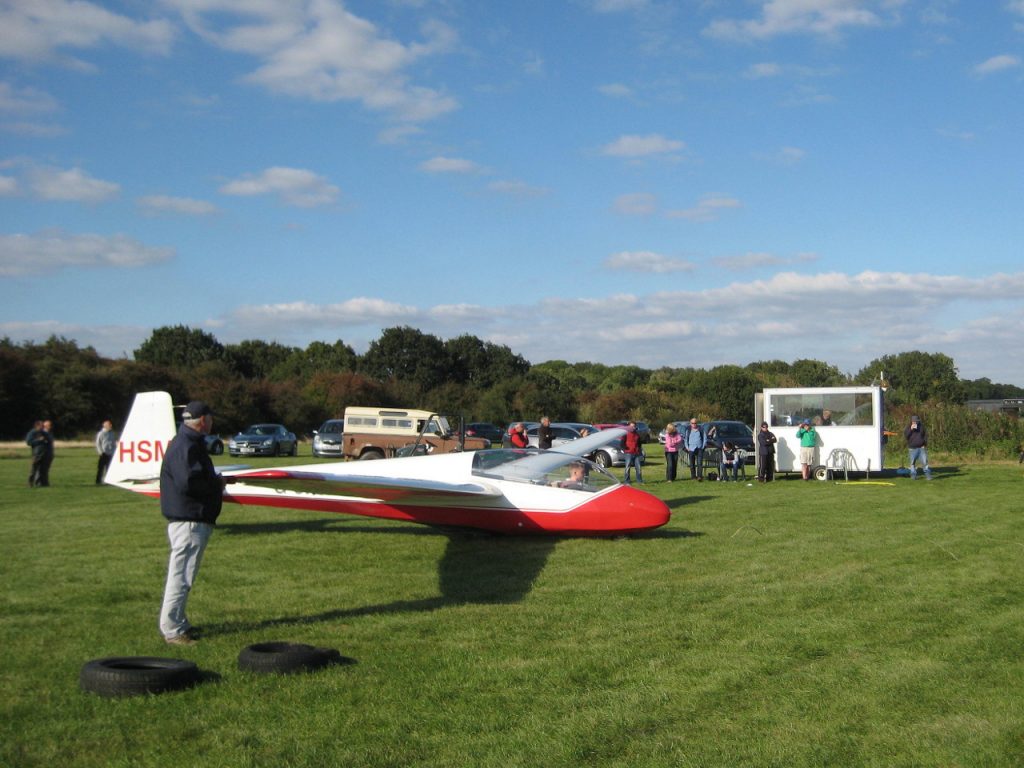 Ben ready to launch with Instructor Baz holding the wing of K13 G-CHSM.

Ben flew an excellent launch for a short flight followed by an equally excellent circuit and landing back at Snitterfield. 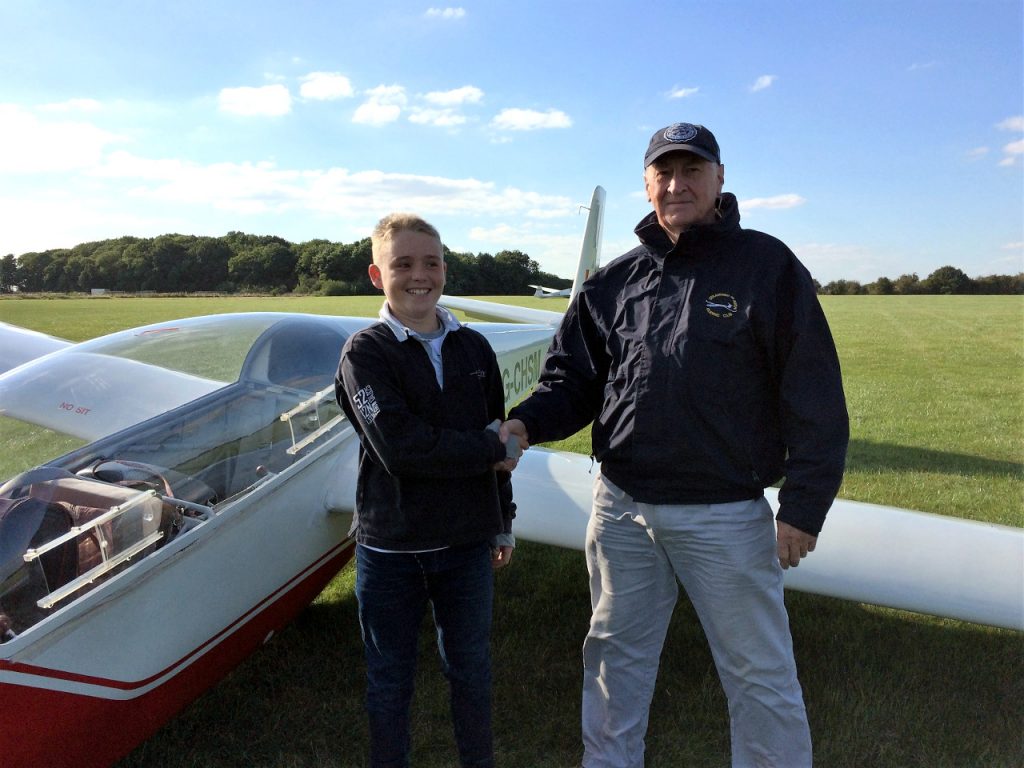 Ben is the third generation of Edkins to fly gliders with us, after his father Chris and his grandfather. 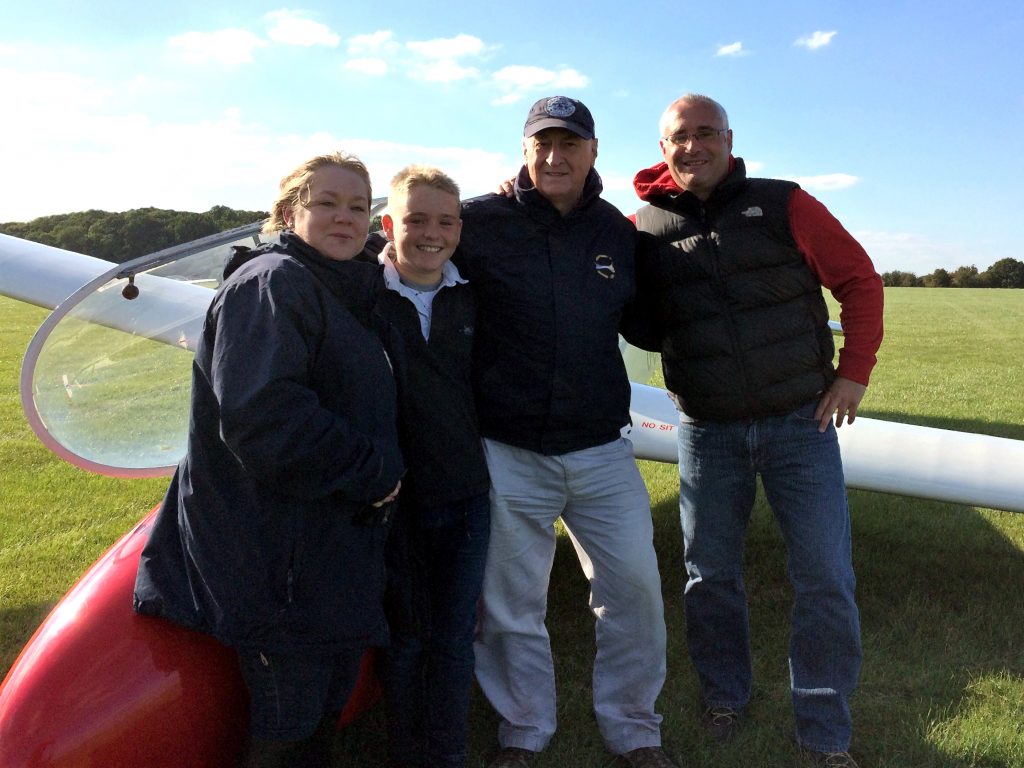 As one of our new solo pilots, Ben will be working towards his Bronze C and has ambitions to fly cross country and possibly in competitions when he is 16.

From there, Ben went straight over to Wellesbourne airfield for his first flying lesson in a powered aircraft on the same day. While you can go solo in a glider at 14, you have to wait until you’re 16 to solo in a power plane.