Today turned out rather blue with few cumulus. Fairly fast climbs were coupled with equally fast and extensive sink later on.

Mike C in an LS10, Barry & Barry in a Duo and visiting Jack T in an LS8 aborted the task at various stages but Stratford’s junior pilot Daniel Brown in a LAK 19 & Andy B in an LS8 continued round.

Andy came back first having reached all turn points and Daniel Brown struggled along the last leg to complete his first 500km task flight.

Well done to those who tried and those who succeeded! 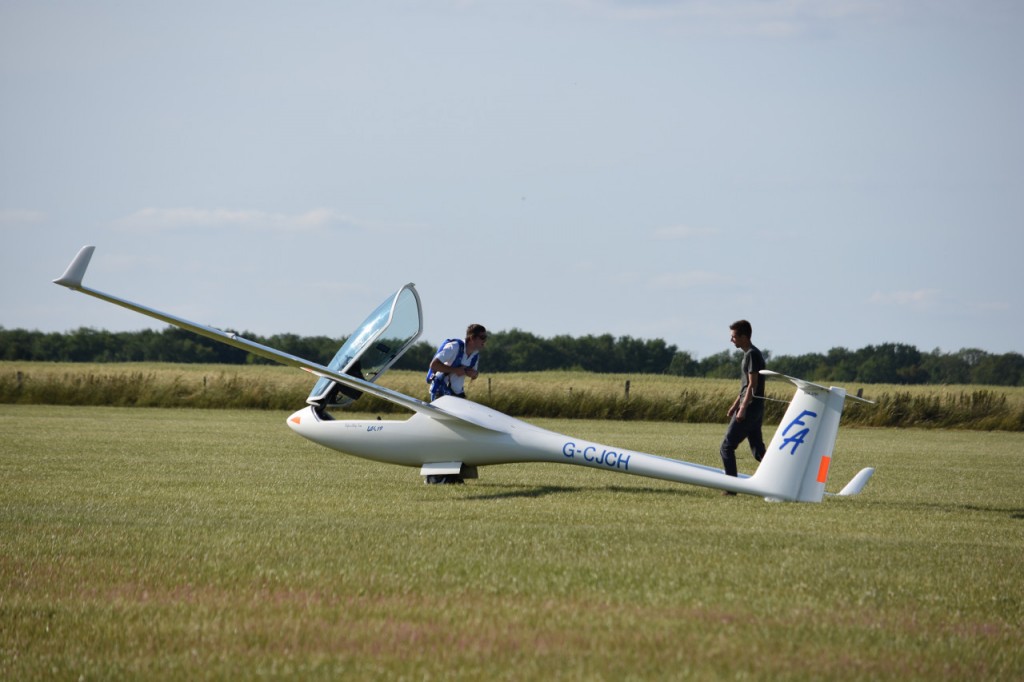